I am guessing this was written by a bot, 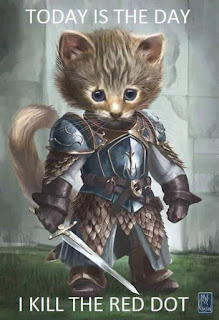 Growth in interest in the adventure sports among the people of different age groups, as it is a key tool for reducing stress from the hectic work life

POTLAND, 5933 NE WIN SIVERS DRIVE, #205, OR 97220, UNITED STATE, September 17, 2022 /EINPresswire.com / -- According to a new report published by Allied Market Research, titled,“Airsoft Guns Market ,' The airsoft guns market was valued at $1.89 billion in 2021, and is estimated to reach $4.13 billion by 2031, growing at a CAGR of 8.3% from 2022 to 2031. Airsoft guns are available in three types, Electric Airsoft Gun, Spring Airsoft Gun and Gas Airsoft Guns all this airsoft guns are usually preferred by consumer depending upon choice of mechanism. Among all the three types of Airsoft guns most of the customers prefer the Spring Airsoft gun, as it is easy to handle and use, as well as is cheaper as compared to the other two Airsoft guns.

Growth in interest in the adventure sports among the people of different age groups, as it is a key tool for reducing stress from the hectic work life. It is expected to be the key factor for the industry growth. Also increasing importance for leisure activities like target shooting and shooting sports in various places which includes entertainment centers and amusement parks ultimately leads to increase demand for airsoft guns among consumer

In the last few years, there is increase in number of shooting organizations in many developed countries which includes U.S., Germany, UK, France and many other developing countries as well like India have played a crucial role in promoting the use of airsoft gun. Increasing fondness for the real shooting simulation sports attracting lot of people to take part in this sports activity and thus boosting the Airsoft Guns Market Forecast.

Many companies throughout the globe are conducting adventurous airsoft gun fights every month to promote airsoft guns based sports and create awareness among consumers. For example, Ace group conducts airsoft guns based adventurous activities across Europe to promote airsoft guns-based sports and adventures activities. . In addition, various schools and colleges in Europe and North America have adopted such sports activity in their curriculum thus further boosting the market demand.

According to Airsoft Guns Market Analysis the market is segmented into type, mechanism, distribution channel, and region. On the basis of type, the market is classified into handgun, rifle, shotgun, muzzle loading. Among these, Handgun occupied the major share of the market, and is projected to maintain its dominance during the forecast period. The growth of the Handgun segment is attributed due to easy handling of the gun for the beginners and also for the intermediate user.

Depending on mechanism, the market is classified into spring powered, electric powered, and gas powered. Among these, the spring powered occupied the major share of the market in the recent years, and is projected to maintain its dominance during the forecast period. This is attributed to low cost of spring powered as compared to other segments.

As per distribution channel, the market is categorized into supermarkets & hypermarkets, specialty stores, online sales channel. The specialty stores segment is anticipated to grow at the highest CAGR during the forecast period, as the consumer wants to check the product physically and wants to understand the product in detail so that they can purchase the product according to their requirement.

In 2021, North America accounted for major Airsoft Guns Market Share of 39.8% in the global airsoft guns market and is expected to maintain its dominance during the forecast period. However, North America and Europe are expected to possess the highest CAGRs of 8.2% and 9.0% respectively, owing to rise in adventures spots such as shooting among people and increase in popularity of Airsoft Guns Market Growth in this region.

Owing to COVID-19, decrease has been witnessed in the demand for Airsoft Guns Market Trends. All the sports complex, even school, colleges and offices were closed, due to the COVID-19 guidelines. Also, the supply for the Airsoft gun has been hampered due to trade barriers and travel restrictions.

Key findings of the study

The global aAirsoft Guns Market Size was valued at $1,894.2 million in 2021, and is projected to reach $4,125.2 million by 2031, registering a CAGR of 8.3$ from 2022 to 2031..
By product, rifle segment is estimated to witness the fastest growth , registering a CAGR of 9.6% during the forecast period.
In 2021, by mechanism, the Spring Powered segment held the highest share, accounts for 49.6% of the global airsoft gun market share.
In 2021, U.S. was the most prominent market in the North America region and is expected to grow at a significant CAGR of 8.0% throughout the forecast period 2022-2031.
Asia Pacific and Latin America airsoft guns market is growing highest CAGR of 8.4% and 7.0% respectively.