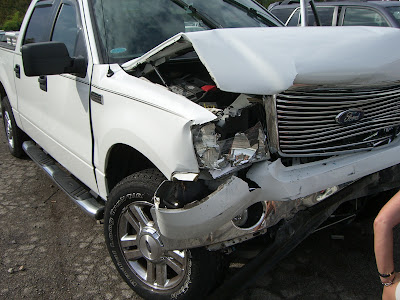 When I was trying to leave Columbus OH on Thursday morning, some one
(they drove off)
hit me from behind
and drove me into a bridge abutment at 55MPH. 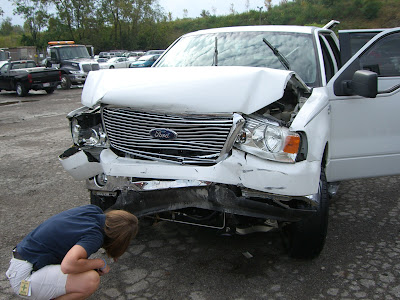 I got some what busted up, but my poor baby F-150 became a F-75 1/2 real quick.
As I fractured  my right wrist from the airbag deploying, I have to type left handed.
That being said, I wont be posting much for a little while,
I did find some cool stuff that I will be testing and visited the "Airsoft Smith"
which was a great store.
Reviews in a little while.
Until then,
Stay Thirsty my Friends.

Just got a new Enchanter mobile
And here she is 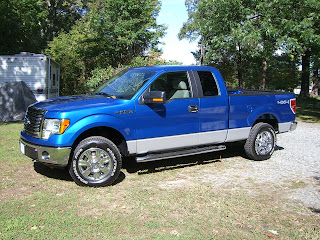 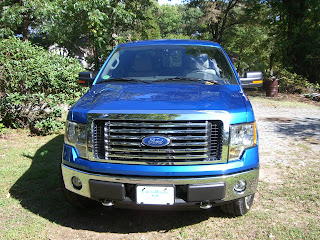 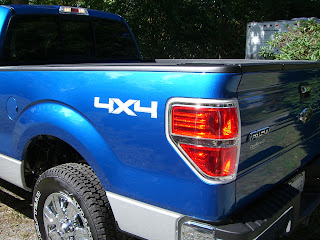 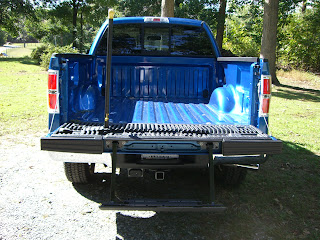 Even has a old man step on the tailgate!
Posted by Tim Ellwood at 11:43 PM No comments:

Come by my booth next week and sit a spell

HELP Does anyone know how to cancel a bid on eBay?

I put in a bid for a "Mickey Mouse Outfit" and now it seems I'm only six minutes away from owning Obama and his entire Cabinet. 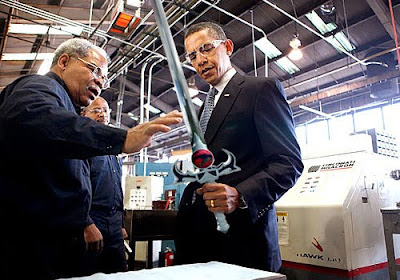 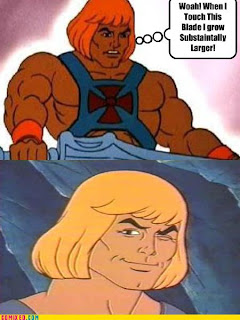 For some reason, all these Pic's seemed to go together!
Posted by Tim Ellwood at 1:03 PM 1 comment:

I have lost a week!

Sorry Guys,
I promised some pic's and more testing on the Winchester, but life got in the way.
Too much real work, not enough play time, makes Tim a dull boy.
I found out yesterday that the person that could be considered the "Father" of Airsoft in the US was killed in a plane crash December of last year.
Larry Littlefield had the 1st true catalog of paintball guns and Airsoft back in the halcyon days of 1986.
Larry was a true Airsoft buff, I bought a TM Walther MPK from him and after two phone conversations I was heading to SHOT Show in New Orleans to show off Airsoft for the 1st time to the general public.
I then moved to the Panhandle of FL to work many a late night getting out catalog #2
( this is pre desktop publishing days!)
We tested guns from sunup till sundown on a airfield for weeks so that the catalog would have accurate specs in it for distance, FPS and accuracy.
( Because Larry was the "Father", I guess I was the "uncle" of Airsoft, you know, the one that bomb's into town once a year in the Cadillac convertible, takes you out bar hopping and gets you into trouble, you know, the fun one)
I look back now at those days with fond memories, as we all look back and forget the stuff that sucked.
(First gen apple crashes that took out the data base after 3 days of entering data, working 16 hrs a day to get inventory received, (pre bar code))
I saw were Larry was playing in airsoft games, at 60, the man was a true believer.
Command Post will always be a high point in my work history , I left there to move on to real steel jobs,
but I can still say,
" Back in my day son,
we had to cock our airsoft guns,
you kids got it easy"
I will try and get the catalog scanned in soon, it should bring back some flashbacks for you older guys.
Now, screw it, let laugh 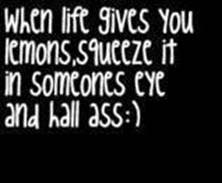 A married couple is driving along a highway doing a steady 60 miles per hour. The wife is behind the wheel. Her husband suddenly looks across at her and speaks in a clear voice. 'I know we've been married for twenty years, but I want a divorce.'

The wife says nothing, Keeps looking at the road ahead but slowly increases her speed to 65 mph. The husband speaks again. 'I don't want you to try and talk me out of it,' He says, 'because I'v e been having an affair with your best friend, And she's a far better lover than you are.'

Again the wife stays quiet, But grips the steering wheel more tightly and slowly increases the speed to 75 He pushes his luck. 'I want the house,' he says insistently...

The car slowly starts veering towards a massive concrete bridge. This makes him nervous, so he asks her, 'Isn't there anything you want?'

The wife at last replies in a quiet and controlled voice.
'No, I've got everything I need,' she says.
'Oh, really,' he inquires, 'so what have you got?'

Just before they slam into the wall at 85 mph,the wife turns to him and smiles. 'The airbag.'

"Because they taste better without the shit  inside!" 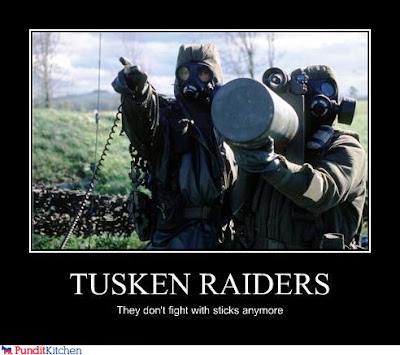 A Little 10-year-old girl was walking home, alone, from school one day,
when a big man on a black motorcycle pulls up beside her. After
following along for a while, turns to her and asks, "Hey there little
girl, do you want to go for a ride?"
"NO!" says the little girl as she keeps on walking.
The motorcyclist again pulls up beside her and asks, "Hey little girl,
I will give you $10 if you hop on the back."
"NO!" says the little girl as she hurries down the street.
The motorcyclist pulls up beside the little girl again and says, "Okay
kid, my last offer! I'll give you 20 Bucks" and " a Big Bag of Candy if
you will just hop on the back of my bike and we will go for a ride."
Finally, the little girl stops and turns towards him and Screams Out...
"Look Dad" "You’re the one who bought the Honda instead of the Harley
"YOU RIDE IT!"
Remember if your job sucks,
at least you don't have this guys 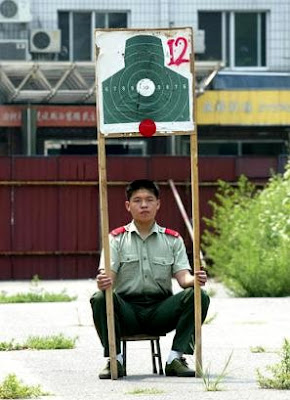 Till Tomorrow,
Stay Thirsty my Friends