As most of you long time readers know, I LIKE GUNS!

I like guns that go psssst, pop, bang and BOOM 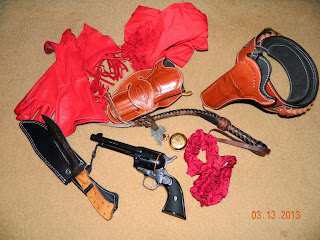 My first love is cowboy guns

At one point in my life, I was down to one handgun ( the horrors!)

I think I come by it honestly. I was born about as far southwest as you can get and still be in the US.

I trod the streets of Tombstone as a child.
(and no, I did not meet Wyatt Earp or Doc, I am not that old) 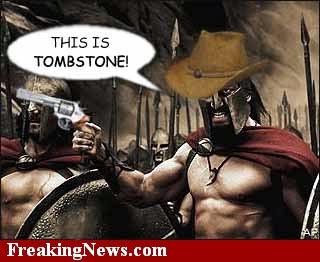 When Cowboy action shooting started, I was happier than Obama at a funeral.

Finally, a way to dress up like a 1800's pimp and not have to wait till the last weekend in October! 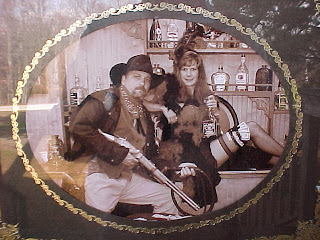 I got into the Single Action Shooting Society early, badge number 9946.

I got to thinking
(always a bad thing, I try not to do it much)

Could I use my airsoft guns to train at home for a CAS match?

I am gonna explore that topic over the coming weekend, I will get back to you soon.

As always,
STAY THIRSTY MY FRIENDS

38 days until another fabulous week in Sin City.

I hope to bring you tales of daring do and  debauchery,  but do remember, I am old.

Take this time and look back of my past posts from SHOT show years ago,
they should be good for a laugh or two. 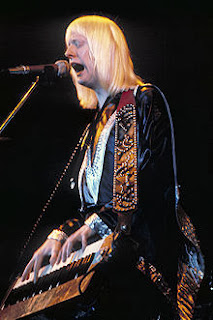 If you don't get this, your too young to read this blog

Ordered my Brad Thor jacket so I will be warm and styling at the show this year.

Hope there are some new Airsoft items to show off at the show.
Last year was pretty slim.

Let me know if there is a booth you want to see pictures from.
I have a real photographer ( Rusty Spenser from photobyrusty.com ) and a video guy this year so it should be easy to do.

Posted by Tim Ellwood at 5:26 PM No comments: 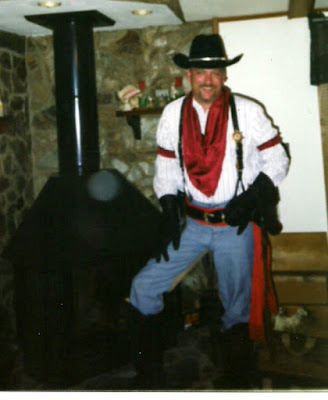 Scared you with that picture of me, didn't I?

Yes, I still am alive and will start back to my task of posting in a few weeks.

All those stories of me winning the lottery, marrying a supermodel and buying a island were false,
as far as you know.

So stay tuned, NAFOM will be back with the quality posts you have gotten use too.
Or a bunch of useless dreck like most of what I have posted before.

Till then
Stay Thirsty my Friends.
Posted by Tim Ellwood at 1:33 AM No comments:

I need your help

I NEED YOUR HELP
As you all saw,

I was named "most bestest guy in airsoft"


I have this huge silver Plate to show how wonderful I am.


Now, here is my quandary, I have to decide, being the humble man I am, how it should be displayed.

I feel it would be a disservice to PA if I did not promote my award.


As all of you know, although I like to stay low key. 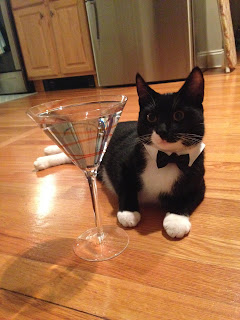 I never try and stand out and always allow others to be the center of attention but, to be fair to them, here are my ideas.

1. Have a custom "plate" carrier made with a transparent pouch on the front and small strobing led lights shining on it.

2 Hook a huge silver chain to it and wear it like a "flav o flav" alarm clock around my neck.

4 Hire a guy to follow me around everywhere holding it above his head and singing my praises,

I have a while till Shot show to make this decision. Remember, I would just as prefer to fade into the background, but for popular airsoft, I am willing to seek a little limelight.

Please help, I am too modest to make this call, as you can see, I am only staying with the classy ideas so that this stays very unassuming.

Seems like the wild and crazy guys over at Popular Airsoft had gotten tried
of my constant whining and pouting after each contest and decided they would shut me up for good.
So........I WON

I was just honored to be nominated, blah, blah ,blah
( insert self deprecating comment here)
Bull crap, I won and I am happy!

I now can say I have an award winning blog.
I know it has not been up to snuff lately and I can't blame it on flying monkeys this time.

Here is what really happened, but don't tell anyone.
See, I am a very vocal and strident guns rights advocate.
Knowing that, and knowing what they were planing to do, the government had to silence me.
They knew my ability to turn a phrase and my mastery of the keyboard could hurt them.

Their nefarious plan was kicked off at a trade show in Orlando, FL on the 31'st of October
I believe that they had trained flocks of radio controlled mosquitoes to inject me with a toxin.
(little did they know, I had been married, twice! I think both of my saintly x wives put just a little poison in my coffee each day. I know I would if I had to live with me, so I built up an immunity.) 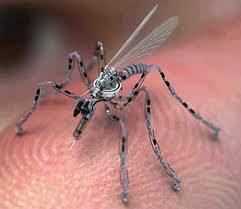 I lost my voice at the show,
(now, this happened at every trade show I have done for years, I am a talker)

When I drove back to my lair in NC, I was deathly ill
( this happens every time also, I have the immune system of a 2 week old)

Week one, after my return, still no voice

Week four, OK, this is getting serious. 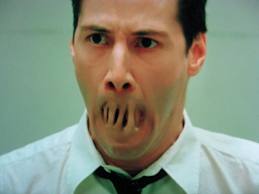 A trip to the sawbones and a fiber optic camera shoved up my nose and down my throat told the tale.
Paralyzed vocal cord on the left side.
( Doctor had "No idea" how it happened, ya, right)


A CT scan found a huge mass on my Thyroid, so, more tests.
I had a biopsy the day before I left for SHOT show.
Las Vegas is a fun town,
not so much when your waiting to hear if you have the Big C or not though
.
I found out on Thursday of that week, no cancer was found..
I think this is the 1st time I cried at a SHOT show,
no, wait... there was the year 2000 show when I worked for S&W and everyone was mean and hated us,
wait again... I remember,
we went out and got drunk and were very rude to people and we told them to suck it and if they wanted to complain we worked for Glock, that's what we did.

Oh, sorry, back to the story.
Last Friday, I went under the knife and they took out my left thyroid.
.I have since been convalescing at home existing on a cocktail of codeine and anti nausea meds.

So I say, Suck it you minions of the
Military Industrial Complex, 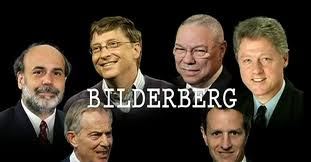 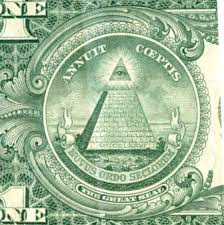 who tried to keep me down.
I will rise again, I will keep fighting the good fight,
I will not be kept down by the man.
Airsoft now, Airsoft forever!

Till tomorrow,
Stay Thirsty my Friends.
Posted by Tim Ellwood at 1:33 AM No comments: