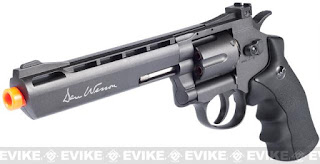 Y'all know by now, I am old.
I started out yesterday and
checked on that newfangled "Facebook" thingy
to see what peoples dogs were up to
and if I got "poked" over night or not.

I found this
(I wrote this post 3 years ago, and forget to publish it!, now the vid has been taken down, so, just imagine a video in your head)
Now, anyone who has seen my pathetic attempts at video know,
I do crappy ones, but when I watched this one, I went BALLISTIC.
It was not due to the fact that I guess they didn't have a script,
that must have been the reason that the same adjectives were used over and over.

It was because of the gun handling skills of the presenter.

In talking with a younger colleague on the landline later that evening
( one who is well versed in Real steel tactical weapons),
I came to realize that it is an age thing, not a stupidity thing.

So,
because I seem to buy every Tanaka revolver
that comes up for sale,
if you have the time,
here is a school on what not to do on you airsoft revolver.

It really is just one thing you need to remember
DON'T LEARN YOUR GUN HANDLING SKILLS FROM MOVIES OR TV SHOWS.

I would love to have the time to chop up
bad gun handling clips from tv and movies
into a quick youtube vid
( if I knew how)
but for this installment,
here is the one that really gets under my skin.

The spinning and wrist flip to close the cylinder into the frame.
Now I know it looks cool, just like the "HK" slap
but every time you flip out the cylinder or flip it back in
you are putting severe strain on this part 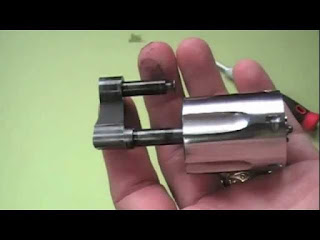 That "L" shaped piece is called the crane,
although it looks like a stout piece of steel,
it is not designed to take the stresses put on it by the "flip"
It will go out of alignment,
in an airsoft gun, this just means that your 130-300.00 gun is now worthless,
but if you do it with a real steel one,
it means that your bullet could impact the side of the forcing cone
causing a "Catastrophic failure" (That means BOOM)
Also, when you spin the cyl and flip it closed,
you could do damage to the ratchet and hand
(other parts that no one sells for airsoft!)
To properly close the cyl, cup it gently in your non support hand
and ease it into the frame,
That's it, do it slower, just like that.
( wow, where did that come from,
I think I like my revolvers a little too much!)
I worked for a little company called Smith & Wesson
for a few years,
they made a revolver or two and I sold a few.
I guess this is why I get so upset when I see this done
"on the street"
I know a lot of people today have never fired a revolver,
real or airsoft,
so after taking my blood pressure meds and my heart pills,
I have calmed a little and now understand.
Your not doing it just to piss me off,
you just did not know that it could do damage.
Now you do
If you would like more information on this topic,
or any others I have covered
READ A DAMN BOOK,
OR GET OUT THE ENCYCLOPEDIA
AND STAY THE HELL OFF MY LAWN, damn kids
where's my glasses?
Till later,
Stay Thirsty my friends....
Posted by Tim Ellwood at 8:00 PM 5 comments:

Man, it has been a while

Wow, bet y'all have thought I kicked the old bucket of bb's huh!

Nope, I am still horizontal (and sometimes vertical) and still accumulating 6mm shooters.

I am older, but no wiser and while my mind thinks I am still a spry teenager, my body tells me different.

I want to start doing some more reviews, and trying to promote some of the new players to the airsoft building.

I WONT be doing much "field work", as most weeks, I cant walk three days out of them and cant talk 2 days, and they rarely overlap!

But I can still type, and shoot guns, so I want to be still good for something.

I have picked up some strange and wonderful items form the past and would like to share them with Y'all.

I really dont know if blogging is even still a "thing", or if I have to have Vids to go along with it, but one thing you do not want to see is my face, or hear me talk, so I hope that is not the case.

So, keep a look out and lets see if I can follow thru this time.

here are some of the items coming up 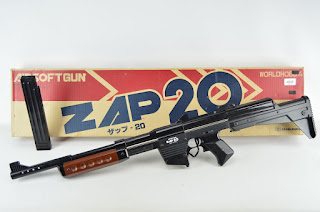 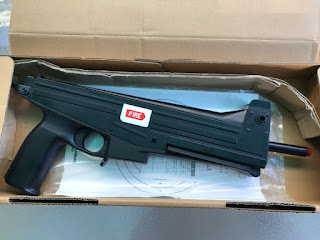 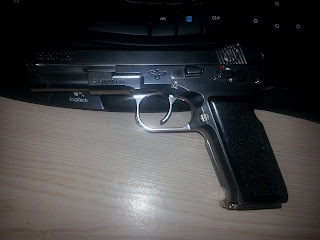 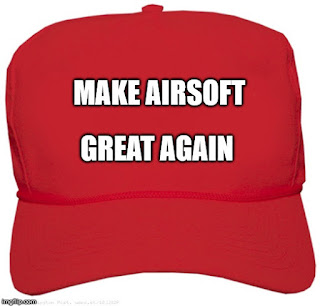 Till later, stay thirsty my friends

Posted by Tim Ellwood at 7:32 PM No comments: