I am surprised that Canada can even have games anymore

I admit that I do not follow happenings in the Great White North,

so maybe I should not be surprised that they are still "allowed" to have airsoft games up there.

It looks like from this article they did put together a fairly large one. 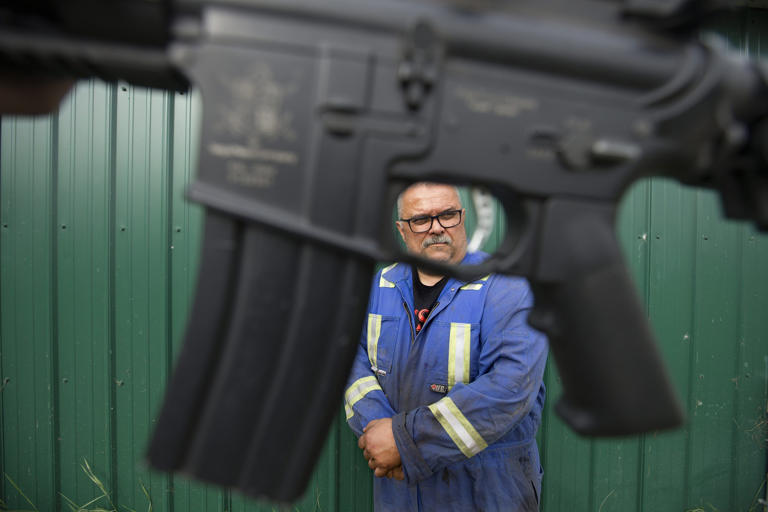 Operation Valour organizer Scott Collacutt is framed by an airsoft rifle, north of Edmonton Monday Sept. 16, 2019. The war game's 10th anniversary saw record ticket sales in the lead up to an an event Saturday, Sept. 17, 2022. © Provided by Edmonton Journal

Advance ticket sales for the event saw 306 people gunning to go as of Friday afternoon, the biggest show of interest in the game’s history, organizer James Rowland told Postmedia.

Much more than an open-air free-for-all, the event, dubbed Op Valor X in honor of its age, is more of a simulated military exercise that has players armed with airsoft guns and charged with completing missions over a seven-hour period, explained Rowland, who also owns the B Squared Airsoft store on 116 Avenue and 145 Street.

He modeled this year’s event after Tom Clancy’s The Division, a video game that follows tactical sleeper agents in New York City who’ve been activated to restore order after a viral outbreak leads to social collapse. The organizing theme for Op Valor changes every two-or-so years to keep it fresh for players, Rowland added, but Saturday’s game also includes a twist.

“This is the first year we’ve done four teams, so it’s going to be interesting to see how it runs,” he added.

Proceeds from ticket sales will support the newly formed Valour Park Association, a non-proft that offers educational opportunities for the public to learn about Canada’s military and its operations.

“We have over 100 vehicles in our collection, and we’re actually looking to get a museum out of it at the end of the day,” he said.

Some of the vehicles will be on display in the battle zone and used to shuttle players as they complete their objectives, Collacutt added.

One of the original founders of Op Valour, Collacutt said he asked Rowland to take over planning of the event about three years ago.

Since then, he’s been pleased to see the event evolve and the turnout grow. The 2021 edition of Op Valour saw 268 participants, which was a record-breaking year then, Collacutt added.

“It’s nice to see that it’s grown to the point that it has,” he said. “We took it to one level, and James has already taken it to another level, so he’s done a bang-up job with this.”